C5 VIRTUAL EXCHANGE was implemented during the ERASMUS MOB event. Remote workshops were made instead of the mobility to overcome the disruption of our project, due to the  Pandemic.

OUR FILM: A transnational movie was presumed to be produced in March, 2020 by all the students involved in the E+A project. Unfortunately -and due to COVID 19- it was not posible to implement the C5 study travel in order to make the filming. But some French volunteers from Lycée Ravel made an "esquisse"  (a sketch) of the video work in June, hoping the other partner schools will complete it if we implement the exchange later (probably next autumn). The shooting took place from the 15th to the 19th of June and  an editing workshop was organized a few days later: the 24th! Thank you to the students of TL-ES2, the actors, and also to the extras of Seconde, as well as film makers Pauline and Louis for their availability during this summer internship.

BREAKING NEWS: Eventually C5 study travel becomes a virtual exchange and "distancial" workshops are implemented instead of the "presential" cooperative tasks we had planned. See in the report pages the results of our ERASMUS MOB.

the local gazette online after C4 exchange implementation in november, 2019: 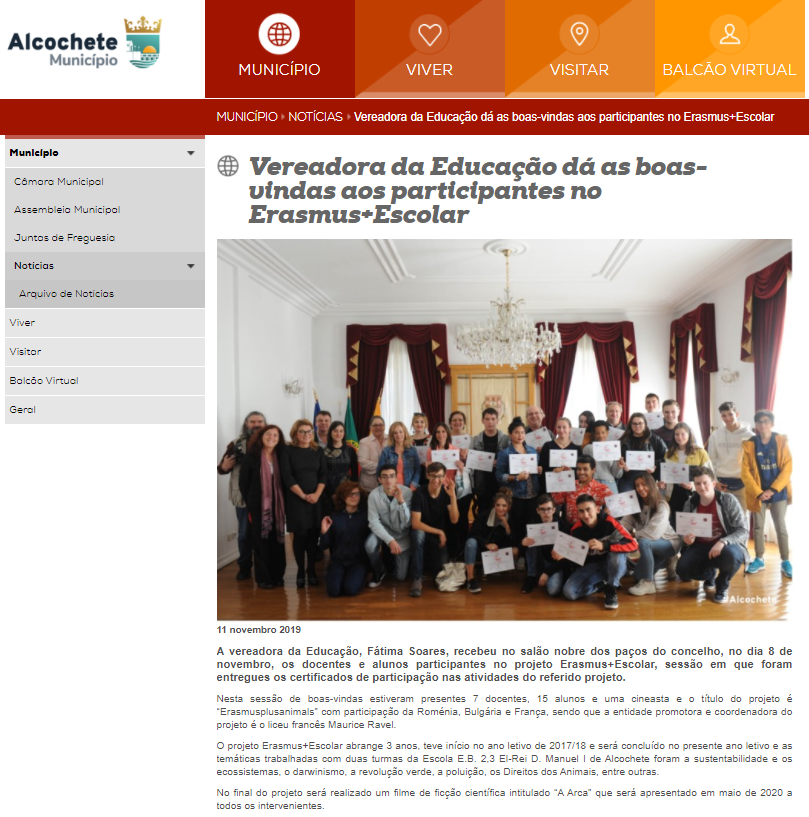 REMINDER: THE WINNER OF OUR TRANSNATIONAL COAT OF ARMS CONTEST (left below) AND THE LOGO WE'VE MADE FROM IT (right side)

The transnational coat of arms made from a draft by Alcochete team....

A FLYER IN ROMANIA

A flyer was made this autumn by Colegiul "Iulian pop" staff, our partner  in Cluj-Napoca : dissemination for E+A project was done in this form given to students and families.... 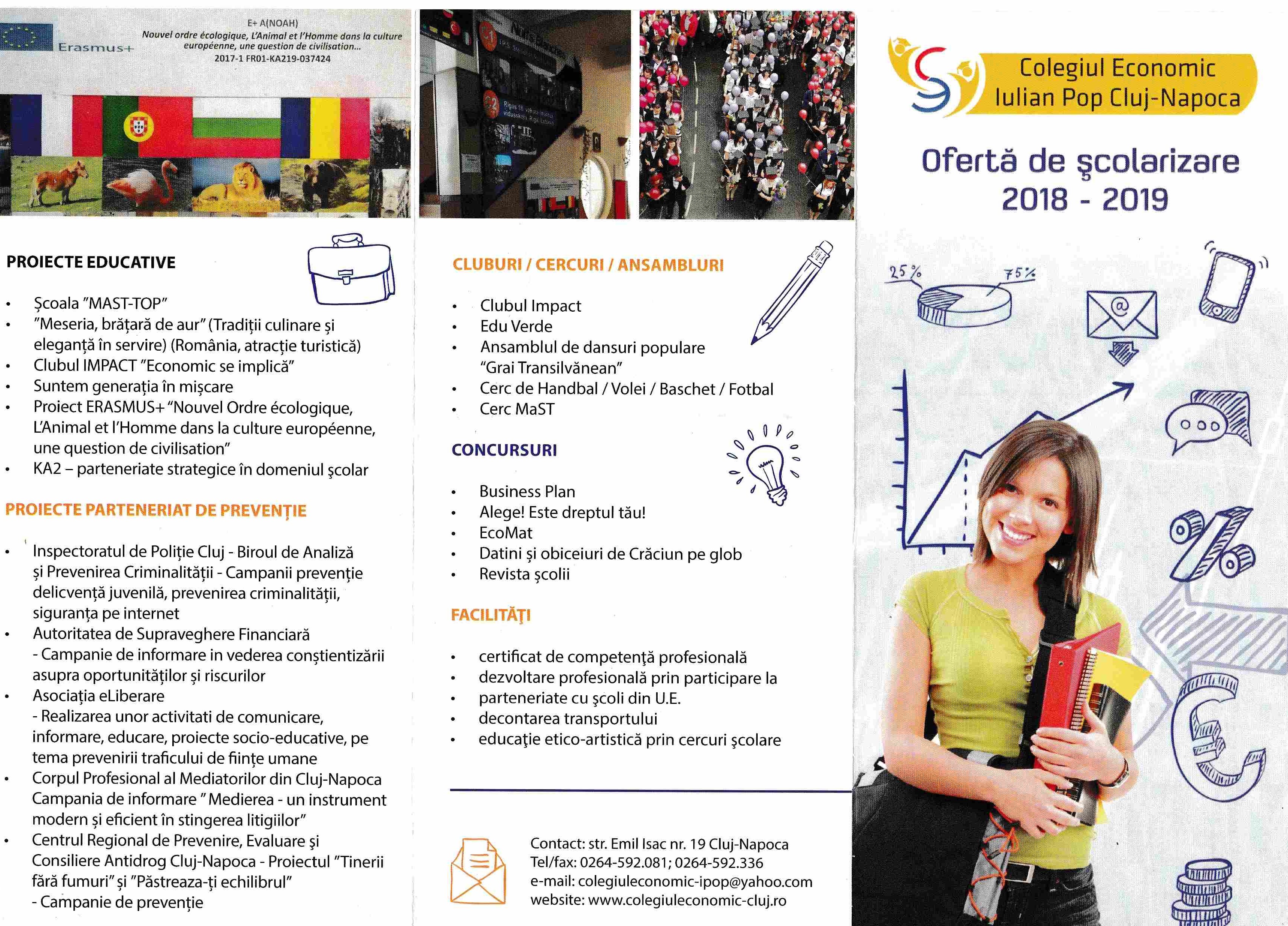 DISSEMINATION : A FLYER BY LYCEE RAVEL, 2018

A flyer was made and given to our visitors (especially during the open days in March, 2018)  in order to present them the E+A partnership and all the European projects implemented in Lycée Ravel: 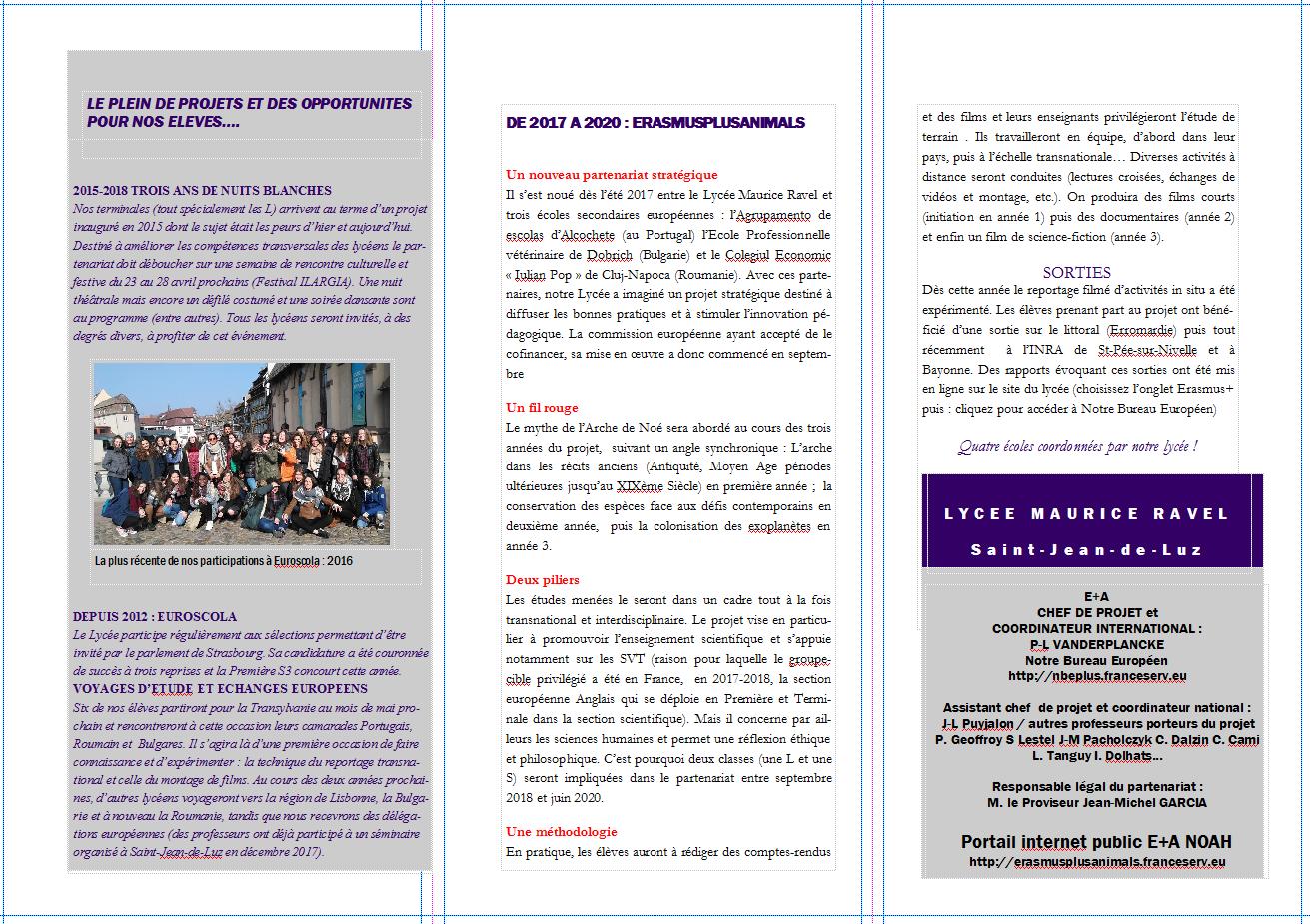 Project holders had answered to all questions from the families about the study travels (short term exchanges) the 6th of April 2018, It was also edited in our common blog : 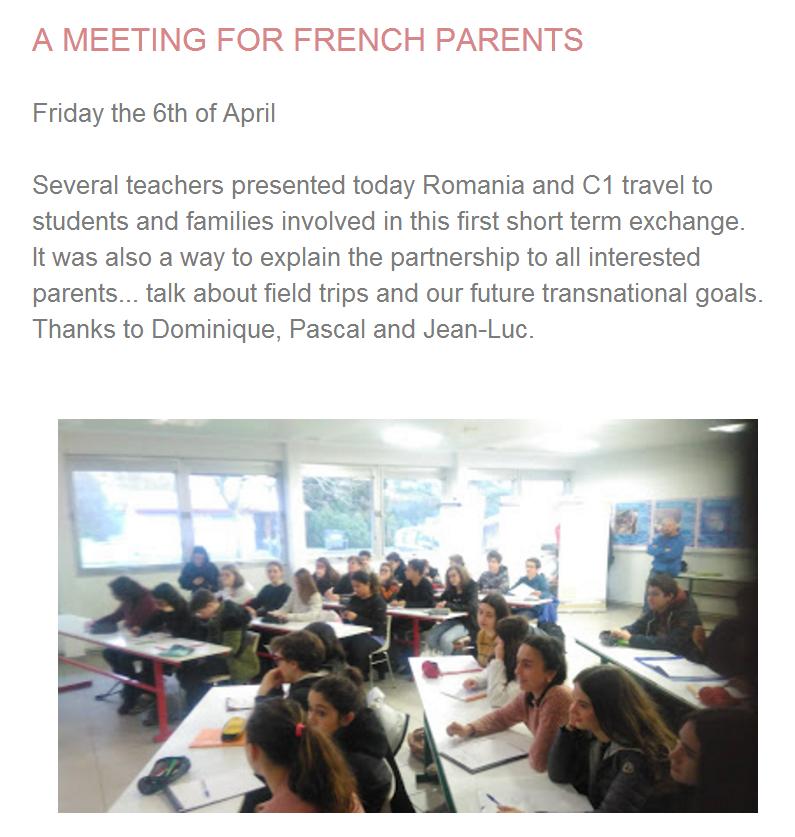 Open days the 24th of March, 2018, to show to the visitors all the european projects implemented and make people vote in order to choose the E+A coat of arms. 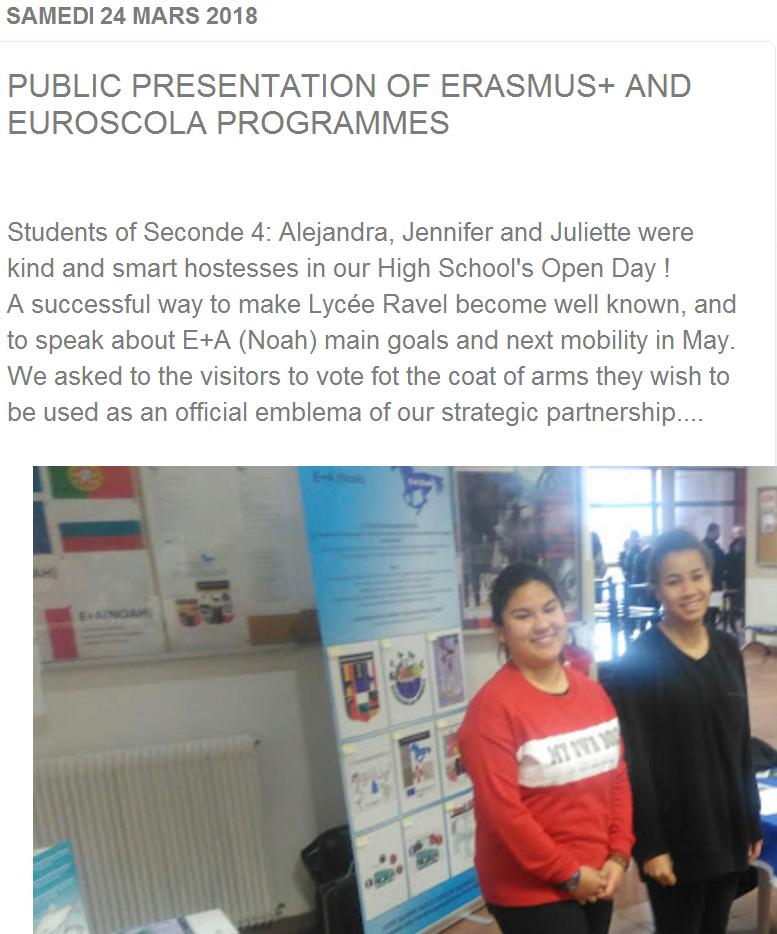 Thanks to all people we were interested in our projects and to voters (because we had open a poll station for our coat of arms contest !).

An abstract of the field outing we have made the 20th of march, 2018 was published in the local news paper. More detail were in the report online on website NOTRE BUREAU EUROPEEN. 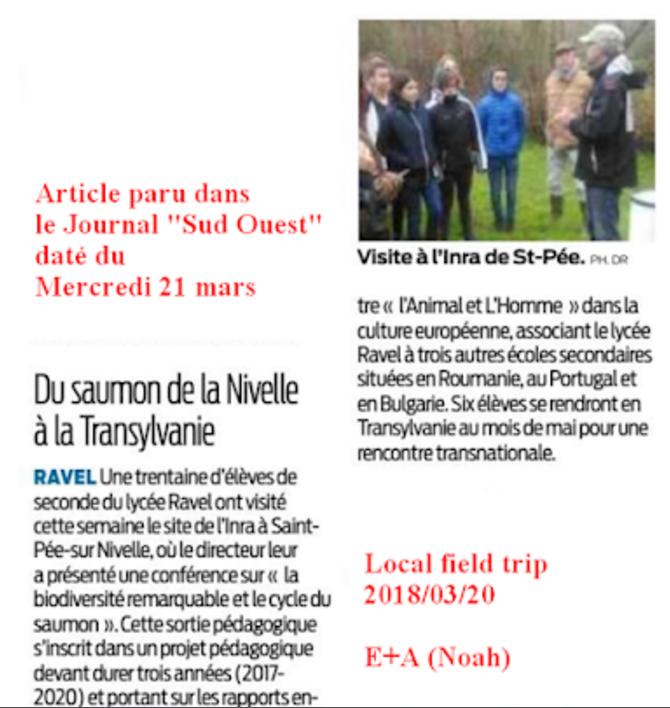 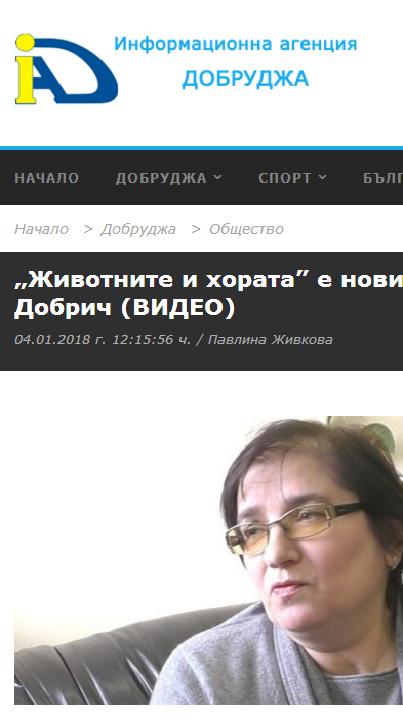 A little party was organised at Ravel High School the 6th of October, 2017, to enjoy the birth of our new partnership ! It was also edited in our common blog : 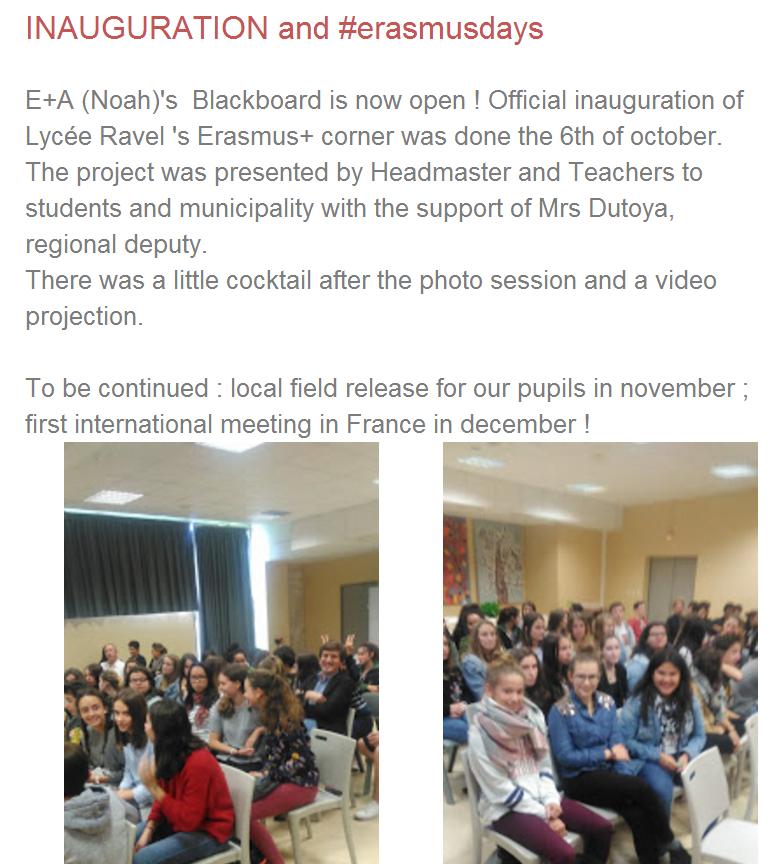